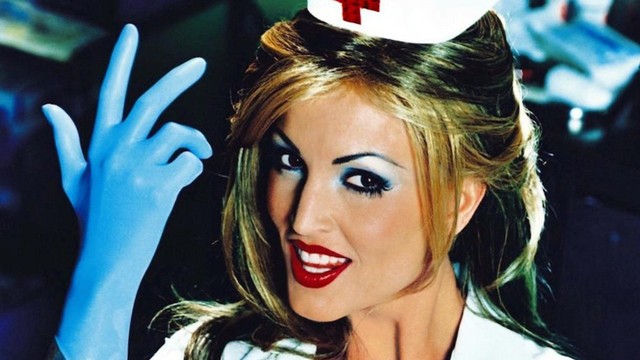 Enema of the State - 20th Anniversary

Back in 1999, I was a fourteen year old kid still listening mostly to stuff his parents liked and occasionally venturing into classic rock. I was testing the waters of a handful of different bands like Everclear, Aerosmith, Lynyrd Skynyrd, and some other bands that I had heard on the radio before. I was starting to look for something that spoke to me and who I was at that age. 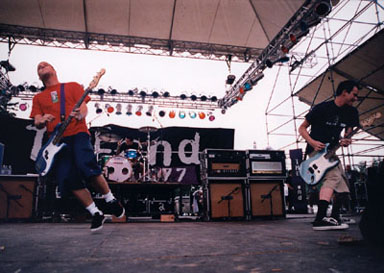 Along comes a little band called Blink-182 and their racy album with a porn star on the cover. I didn’t know much about it at the beginning until All the Small Things hit the radio and MTV. It blew the roof off music at the time. We were living in the Lou Perlman era of popular music. Boy bands were being cranked out of a factory and that was the thing most accessible for a lot of us, but we needed something else. Blink came along with their fun lyrics, Tom’s unlikely singing voice, and an accessible form of punk rock that would create a rift between kids who liked that, and purists who only believed in bands like The Dead Kennedys or Screeching Weasel.

I finally got a chance to pick up this parental advisory stickered opus and my musical world was blown right open. I didn’t just hear songs that I could toss to the side. I heard a way music was being played that called to me. I grew up avoiding rock completely. I didn’t even think Green Day was something I should listen. For some reason the bright tones, fast guitar, and drums of Enema of the State pulled me in. From track to track to track, I was enthralled.

I eventually bought a red electric Squier stratocaster from the music shop in town. It was one of those deals that came with a small 13" amp and was just enough to get started. I got home with it and called my best friend Patrick to tell him what I did.

He had done the exact same thing and bought a bass.

It was a match that worked for us and we will always have that musical camaraderie that I don’t think I’ll ever find anywhere else. We learned every song that we were capable of on that album. We played All the Small Things until we could play it in our sleep. We enlisted our friend Jason to play drums and before we knew it, we were in a band, learning songs, and trying to be as good as all the bands we were learning about.

I found MxPx and Green Day first, then Sum 41 came along and just about every band on Drive-Thru Records followed. Pop-punk wasn’t just a genre. It was the music that I could identify with. It didn’t spend all of it’s time on politics, anarchy, or global turmoil. In the pop-punk/emo world, you could hear songs about things that actually mattered on a micro level. Not only that, it was perfect for high school me.

Enema of the State is still one of my favorite albums of all time. The difference in Mark and Tom’s voices give each song a different flair. Tom’s guitar playing is fast and aggressive, but it’s also bright and melodic. Mark’s bass is a perfect accompaniment to it. It goes without saying that Travis Barker is one of the greatest drummers in the world and his skills are on full display here. What luck it was for this “crappy punk rock” band to get Travis on their drums. 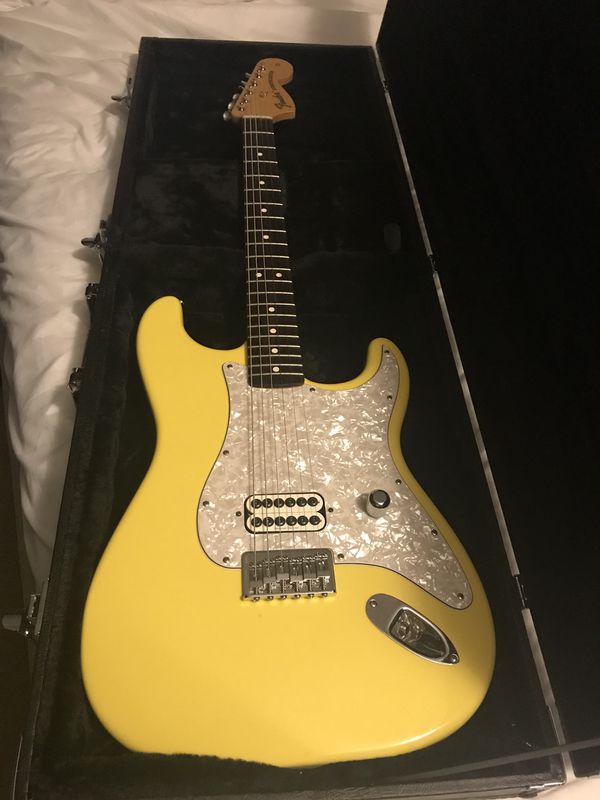 I have a Tom Delonge signature strat in my closet that I got for Christmas at 16. It still has a warm place in my heart. I took that guitar everywhere. I bled on that guitar at shows that my band played when I nicked my finger on the strings. I wrote an album with Patrick and Jason with it. It’s a treasure to me and despite my musical tastes developing to a place where it doesn’t do everything I need, I still love it. It’s a gorgeous, bright yellow music machine.

Blink-182 is still around these days with Matt Skiba as the guitarist in place of Tom. I love Matt Skiba. I think he’s great. But this isn’t my Blink. The combo of Mark and Tom was something special, and it created a few very special albums that worked. New Blink is fine, but it’s missing a crucial element in the sound that I can’t put my finger on. There is something about Tom’s playing that will always be missing. Same goes for Tom’s band, Angels and Airwaves. It’s missing something in the melody that Mark always brought to the table.

I’m feeling very nostalgic as I listen to this stuff. I miss my high school days, and playing music in the garage. All I can really do now is play when I get an opportunity and maybe introduce Sam to this stuff some day. If he wants to play music, I’ll be right there to support whatever grabs his attention. I know when Blink got me, I was never the same. A world opened and I wanted to see what I could find. Sam is going to find a door to his own world, and I’m pretty pumped to see what’s behind it.