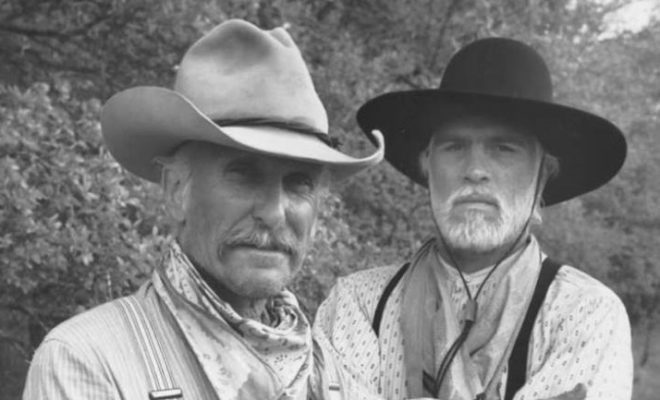 The Reading List is a segment of the blog where I let you know the thing I just read and some thoughts about it along with the next book in my list. Should you want to read along with me, let me know in the comments!

For a long time, Lonesome Dove was a bit of a joke in my family. My dad watched and fell in love with the miniseries back in the early 90’s. His taste in movies is pretty much limited to things with horses so his love for it was kind of written of as, “it’s probably just another horse movie.” Yet he would tell everyone he could that it was one of the best stories ever written and that everyone should watch it.

Thirty years after he initially told me to watch it, I picked up the book. I could have just turned on the show and watched it and been done with it, but I’m a reader, and a believer that if there is a book of it, you should read it. I was inspired not by my dad telling me I should read it, but by a booked call “1000 Books to Read Before You Die” by James Mustich. It’s on his list, and therefore I should read it.

This book is a treasure to me.

This is a long story, but it’s one that you can learn to take your time with. It doesn’t get in a hurry. It’s cadence is much like the pace of the characters on the journey in the book. They go slowly, but they go with purpose. We meet our first characters, Augustus McCrae and Woodrow F. Call, right out of the gate. These two people are some of the most well written characters in literature. Augustus, or Gus, is crotchety, wise, clever, fun loving, and lazy. Call is everything opposite of that. He’s stubborn, quiet, and everything is about work. They play off of each other so well, and I think many of us could hope to have a relationship like theirs.

There are a whole bunch of characters that come into play as you read, like Deets, Jake Spoon, Newt, Pea Eye, and of course, the lovely Lorena. Lorena is what they refer to as a “sporting woman” who pretty much everyone is in love with but she won’t give them the time of day. All she wants to do is get to San Francisco.

Our character begin their journey when they find that there is a paradise far north of Texas called Montana, and it’s nothing but beautiful country unsettled and still wild. Call gets wind of this and decides it’s time to close up shop in Lonesome Dove and drive some cattle up there. The fates of several characters become intertwined thanks to this one decision and from there the adventure takes off.

I could sit here and tell you the whole story, but I’d rather just tell you that inside this book are some of the most real and believable moments of any book I’ve ever read. Over the 855 page read, you will get attached to them. There’s no way to avoid it. I cared so deeply for some of these folks because the writer, Larry McMurtry, takes so much care in writing about their fears, joys, and shortcomings. They’re breathing people in my head. I will say that I was driven to tears at least three times while reading this book for different reasons.

I love stories about journeys. Sometimes those are physical and sometimes it’s just character growth, but they work for me. This one is full of both. I love Gus as a character so much that I named my latest work laptop after him, and I’m sure I’ll do the same with something else. Maybe a pet…or a kid..or something.j

I ended up watching the miniseries after reading this and I have to say that it holds up incredibly well. The book is better because you get to understand what the character is feeling, but may of the actors in the show do an incredible job with the source material. Nothing of significance is added or taken away, and I’m super grateful for that. I kind of wish they would remake it these days, but I also can’t see anyone but Robert Duvall as Gus. He played him exactly as I saw him in my head. It really is a masterpiece.

Anyway, I think you should read this. It’s fantastic. Just set aside some time and pace yourself because it’s a big book.

Now I’m off to something else. I don’t know what yet, but I’ll post here when I figure out what it’s going to be. I’m open to suggestions. Comment here if you have a book you think I should read!