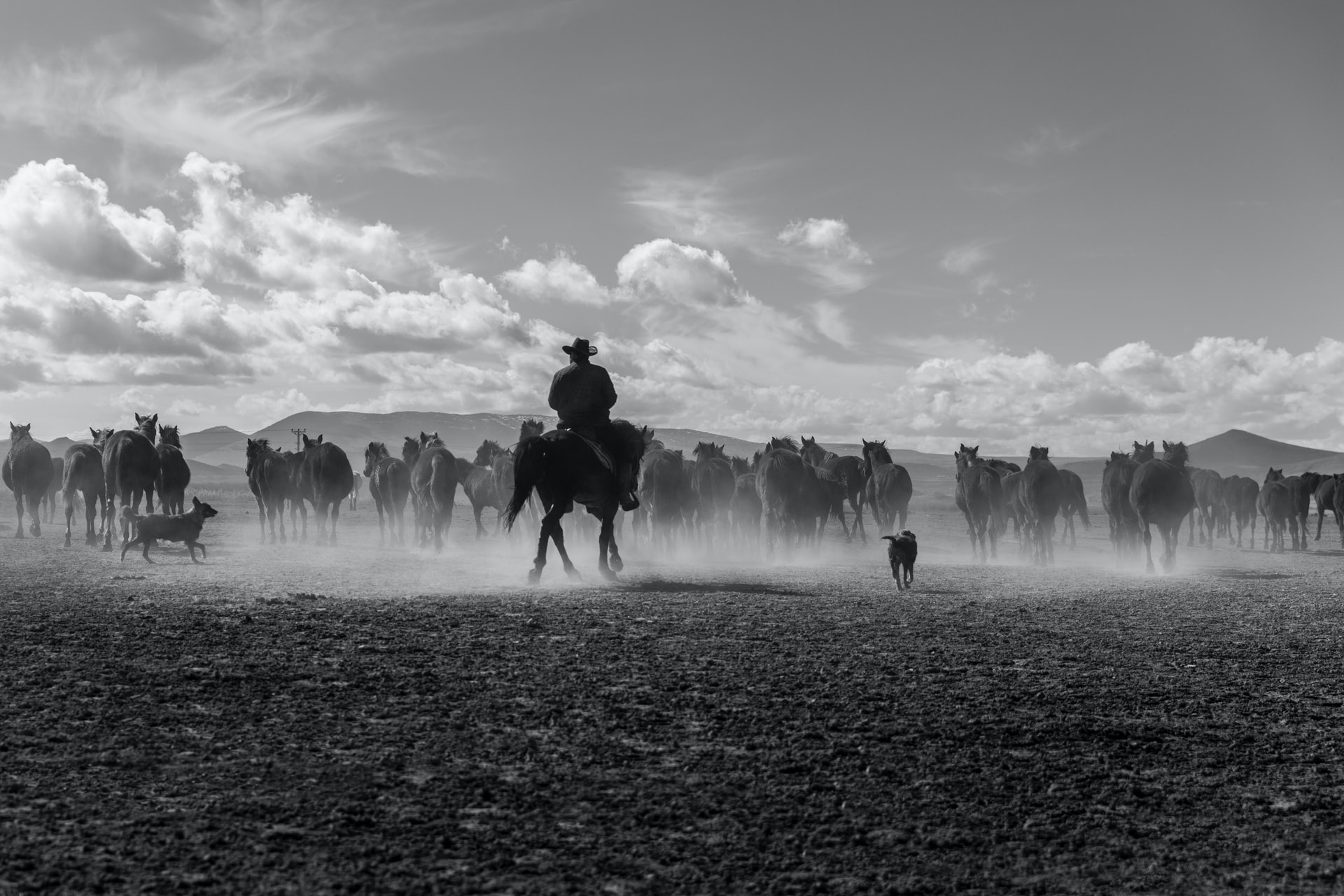 Below is an excerpt from the short story I wrote for our Horizons anthology called “Good Stew.” It’s a story about a couple of old cowboys on one last ride.

This story means a lot to me. When I sat down to write it, I knew I wanted to talk about two grumpy old cowboys on one last adventure before one of them died. What I didn’t expect was that I would uncover a slew of small moments between the two of them and other characters that would leave me thinking about my own history, and what I hope it becomes by the time I get close to the end. It’s a story of missed opportunities and regrets, and the desperate desire to see those things dealt with before the end comes.

I love writing. I sat down with about a quarter of this story in my head, and as I went it, it revealed itself more and more. It became a character of its own. The story practically wrote itself once it got going. I wanted to see where it led next as much as any reader of it might. That’s the fun part about writing to me. It’s not about knowing exactly what you’re going to do, but about starting with a tiny speck of an idea and letting it show itself to you as it goes.

Cowboys have always been a part of me. My dad is one. I may have grown up mostly in the city, but horses, dust, rodeos, and tough guys are the background noise of my life. That ever present sound that I miss when it’s not around. If there ever was a genre I felt compelled to write in, it’s this one. I might have another one or two in me, but for now, here’s what I feel might be the best short story I’ve ever written. Or at least part of it. Buy the book to get the rest, and support Toys for Tots through your purchase.

Abraham let the statement hang in the air. He was no fan of being blunt, but on occasion it was necessary to get a point across. It was particularly necessary when dealing with someone as hard headed as Jeremiah Cox.

“You’ve been in that outhouse for nearly about half an hour, and you come out with something as bold as that?” Cox didn’t bother to look up from the Bible he read. “That must have been some shit.”

“I’m serious, Jeremiah. I have business to attend to. It just took me a while to come to the decision, that’s all. I’m old and tired. Such a thing as a fifteen-hundred-mile journey ought to be pondered for some time.” Abraham spit in the dirt, mindlessly shuffling it around with his boot.

Jeremiah sat the Bible across his knee. Abraham knew Jeremiah only read the parts he liked, as he’d never been much for the moral high ground. He enjoyed the Old Testament best. Something about God’s righteous judgment coming for those who angered Him appealed to the old outlaw’s sense of justice.

“Why on earth do you think you need to go to Georgia?”

“Can’t be that complicated if you came to a decision in one shit.” Jeremiah stood and walked to the edge of the porch. He leaned against a post, glancing back and forth between the horizon and his old friend. “I’ve known you, God, more than thirty years. If it doesn’t darn near slap you in the face, you might as well had never taken notice.”

The two outlaws stared each other down as the words hung in the air. Jeremiah wiped his mustache with his old cracked hands. Abraham could only assume that Jeremiah was hoping it was all a joke. That any moment he would laugh that he got one over on his old partner and just wander off in his self-satisfied way.

“Well, get on with it, if you’re going,” Jeremiah said plainly.

“I am!” Abraham shouted. “I just thought maybe you’d want to know. Ain’t like I expected you to care, but I guess I’m a damn fool who hadn’t learned nothing over thirty years with you.” Abraham rubbed his chin, as he was known to do when he was anxious. Jeremiah went back to reading as if Abraham had said nothing at all.

“I’m going to need the wagon,” he said. Some of the temper had worked its way out.

“You can’t have my wagon,” Jeremiah said with a tone that did not invite argument. “I’m the only one that gets to drive the wagon.”

“I reckon you’re going to have to come with me then. We ain’t got enough money left for me to get my own.”

“I have no interest in Georgia. I think you ought to let it go. No good can come of it.”

“I have to, Jeremiah. I don’t expect you to understand it, as I don’t know that you even have a heart.” Abraham paused for a moment, looking over their dusty spit of land in the middle of Texas. “I’d be willing to bet there ain’t nothing in you but sawdust.”

Jeremiah slapped the Bible on his thigh. “I have no need of a trip to Georgia, and neither do you. You ain’t seen Mabel in years. She’s probably got a whole family of her own tending to her. She don’t need you wandering in and messing all that up. I got no desire to run off on your damn fool adventure. You ought to just set here with me and get old. Hell, I’ll even let you deal the cards.”

Jeremiah sucked his teeth and turned back to his book. “Get on, if you’re going.”

“Well, I’d say it’s been a pleasure then, Mr. Cox. Good luck runnin’ this place without me then.” Abraham started to the barn to saddle his horse.

He’d won the horse in a game of cards a year prior. The pot was low, but a dimwit gambler from Austin had thrown his horse in just to stay in the game. By the end of the round, the man had lost his horse along with a five-dollar pot. Abraham had taken to calling the horse Worthless to remind him of the event. He had also taken to reminding Jeremiah that the name was not offensive as horses could not speak English.

“Mr. Monroe!” Jeremiah shouted. Abraham turned back to him. “What makes you think Mabel even wants to see you? You ain’t never been there for her. I know you visited maybe once, maybe twice in her whole life. Why go now?”

Abraham looked off in the distance, pondering the questions for a moment. “I got a letter from her.”

“Enough.” Abraham started back toward the barn. That was about as much explanation as the old man was ever going to give.